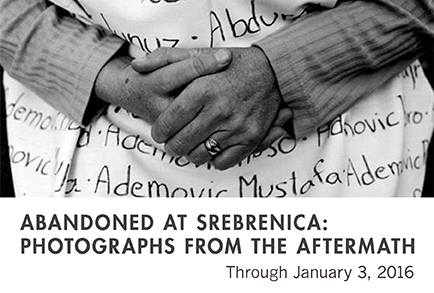 « Abandoned at Srebrenica: Photographs from the Aftermath »

Between July and December 2002, Bosnian photographer Tarik Samarah documented the lives of Srebrenica survivors and the work of identifying the dead from the mass graves. The United States Holocaust Memorial Museum turned his collection into an exhibition that preserves the memory of those lost and gives insight into the aftermath of genocide. “After Auschwitz the world said never again,” Samarah states, explaining the project, “but Srebrenica happened. After Srebrenica, massacres and crimes continue…I would be ashamed to be quiet in this kind of world.”