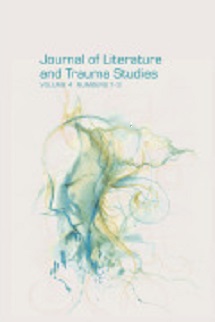 « To conceptualize this often described but as such nameless phenomenon whereby someone is strongly marked by distressing events that preceded that person’s own birth and inhabits them as if they were private recollections, Marianne Hirsch has coined the notion of “postmemory,” which has had a large scholarly echo since its inception in the early 1990s. In a Freudian view, a traumatic memory is a memory of events that, because of their harrowing, overwhelming nature, cannot fit into an individual’s functioning sequential memory; the memory of the trauma “acts like a foreign body which long after its entry must continue to be regarded as an agent that is still at work.” Against the backdrop of this view of trauma with respect to the individual psyche, the development of a notion like “postmemory” can be seen as symptomatic of a general movement within memory studies that tends to grant memory an inter-individual, social dimension. Since mourning has been denied to the survivors, these traumatic memories that have not been worked through are handed down to the subsequent generation, thus turning postmemory into the result of an entire generational remove (recall the Mitscherliches’ famous thesis about the “inability to mourn”). »